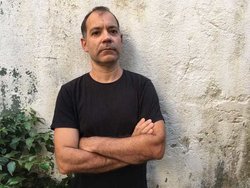 On September 18, 2017, the Cheuse Center had the honor of welcoming Catalan writer and educator, Toni Sala, as its inaugural Writer in Residence. Sala is one of the best-known writers in contemporary Catalan fiction, with his first book, Entomologia, winning the Documenta Prize in 1996. His first novel, Pere Marín, was published in 1998. He then became known to a wider readership with his Petita crònica d'un professor a secundària (2001) and his Rodalies (2004) was awarded the 2004 Sant Joan Prize and the 2005 National Culture Prize for Culture (in the domain of Literature).

In 2014, with Els nois, Toni Sala started the catalogue of the new publishing house L'Altra Editorial. In 2015, this novel was awarded the Catalan Critics’ Prize for Fiction. The Boys, translated into English by Mara Faye Lethem, was published by Two Lines Press in 2015. He is a member of the Associació d'Escriptors en Llengua Catalana (AELC, Association of Catalan Language Writers).

Sala participated in a roundtable discussion on George Mason's campus about the Catalan Referendum for independence from Spain, and he read from and discussed his novel, The Boys, at East City Bookshop in Washington, D.C. Students from the Modern and Classical Languages department also had the honor of speaking directly with Sala during one of their classes.

Toni Sala is one of the most brilliant, best-known writers in contemporary Catalan fiction, and the Cheuse Center thanks Mr. Sala and all of those who came to his events for the week he was with us. 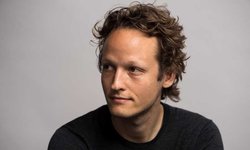 The Cheuse Center’s second Writer in Residence was Danish novelist and art essayist Mikkel Rosengaard. Rosengaard is a two-time recipient of the Danish Arts Foundation’s Literary Fellowship. His latest novel, The Invention of Ana, has been translated into four languages and was published by HarperCollins in 2018. He is a regular contributor to the Scandinavian newspaper Weekendavisen, and his English nonfiction writing has appeared in The Architectural Review, PBS’s Art21, Office Magazine, and elsewhere.

While staying with the Cheuse Center, Rosengaard gave a lecture on George Mason's campus entitled "Toward a Post-Internet Literature?" that discussed the intersection of art and literature with technology in the rapidly changing world we live in today. Off campus, he participated in PEN/Faulkner's Writers-in-Schools program at McKinley Technology High School to promote the literary arts to students.

The Cheuse Center thanks Mikkel Rosengaard, The Danish Arts Council, and all who participated in his events on campus.